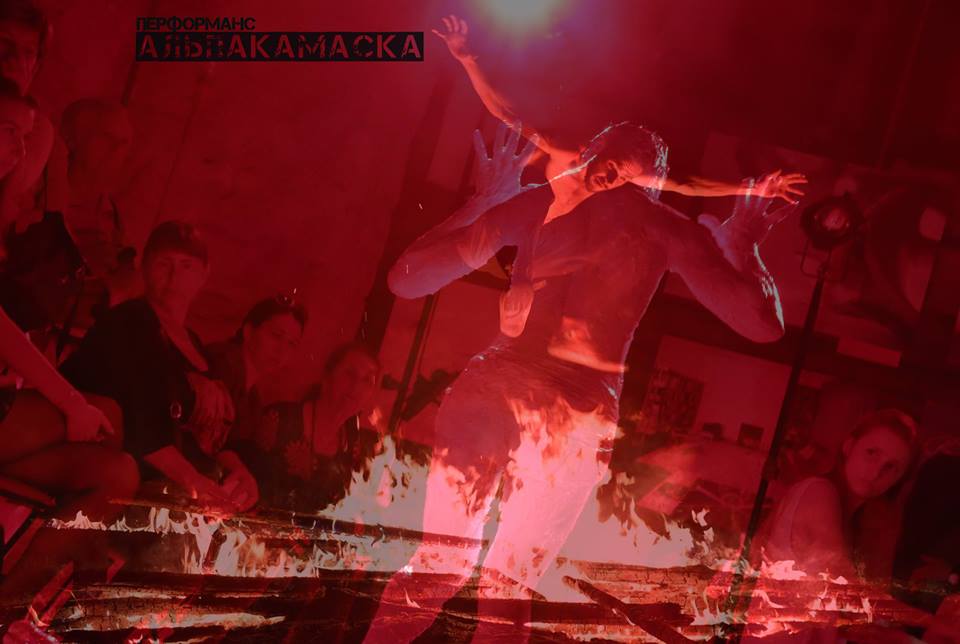 An unusual performance of “Alpakamask” on the stage of Art Labyrinth

What is Alpacamask? This means “spiritualized earth” or in another definition a human body.

Performance of “Alpakamask” will be shown by us a collective called AUMi. The name of the band is based on a legend. It says that the world was born from the sound of AUM. To this sound the man added his sound – “i”. The AUM that gave rise to the world is big. The person “i” is small. But like a point above “i,” a person extends upwards from ordinary life, to an unusual, heavenly, divine.

The collective AUMi was formed from the bright representatives of the performative life of two cities: Kiev and Odessa, who met at the Odessa Theatre Festival in 2017. They created two large joint projects-performances: “The thirst for integrity” and “Do not hide” and other performances.

In the performance of “Alpakamask” through dance, through movement of bodies the group AUMi creates a mystical space where the Spirit manifests.