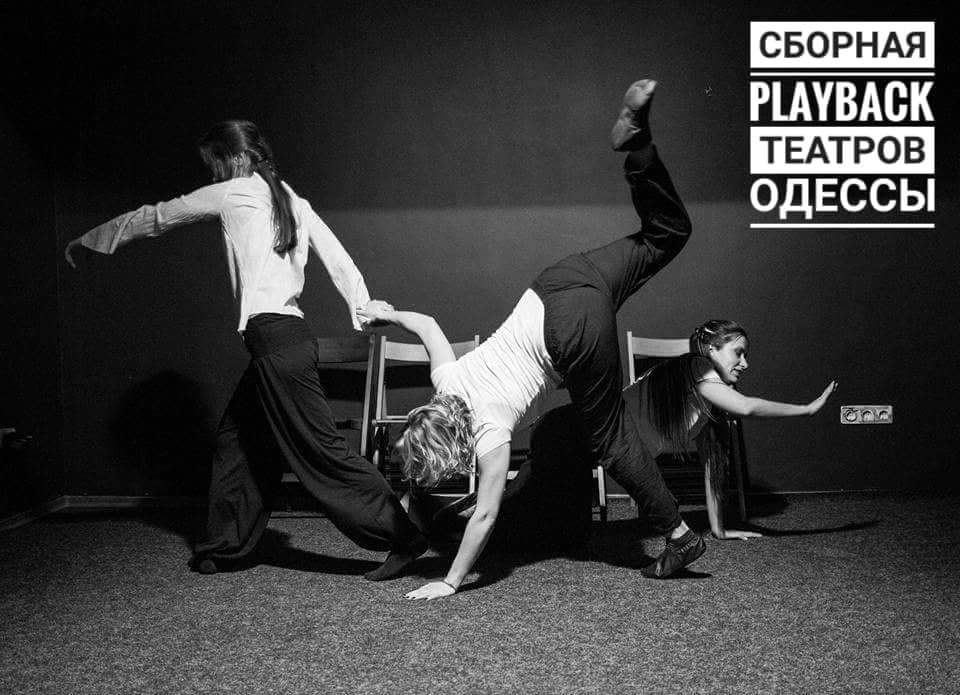 2 years ago at our festival many already had the opportunity to get acquainted with this kind of theatrical, social and therapeutic art with the Dnipro Theater “Neighbors”. Many asked, when will we bring more? And this year again – already another team, but the same wonderful way to influence the viewer!

Playback-theater – this is one of the forms of modern non-classical theater, where there is no script, direction and rehearsed staging. In the Playback Theater, we tell the stories of real, living people who came to the performance. The presenter asks: “Who has a story?”, Someone from the auditorium raises his hand and walks closer to the stage to share it with the audience and actors. Next, the actors embody what they heard from the narrator in the scene, returning to him his story. Hence the name: Playback Play – to play, Back – to go back . We do not know the stories in advance. We do not agree before the game. We listen to the viewer and return the story to him. Playback of the theater is the art of improvisation. WE PLAY STORY BACK TO YOU.